Driving into Monterey’s Laguna Seca on Thursday, the weather did not look good. A cold rain was accented by an even more frigid wind. Still, the paddock was filling with cars, mostly covered with polyethylene sheets. With the rain, not many drivers took advantage of the track for testing. But my iPhone weather app was positive for the rest of the weekend, showing sun with a few clouds Friday through Sunday.

By Friday morning, the paddock was full of a selection of vintage racers and Historic Trans-Am race cars. Still, the weather was not helping as the rain and wind were more potent than Thursday. The SVRA Weather Gods prevailed, and by 1 PM, the rain had gone east, leaving a heavy cloud cover.  With the wind, the track was quickly drying, leaving only a few wet areas to be avoided. 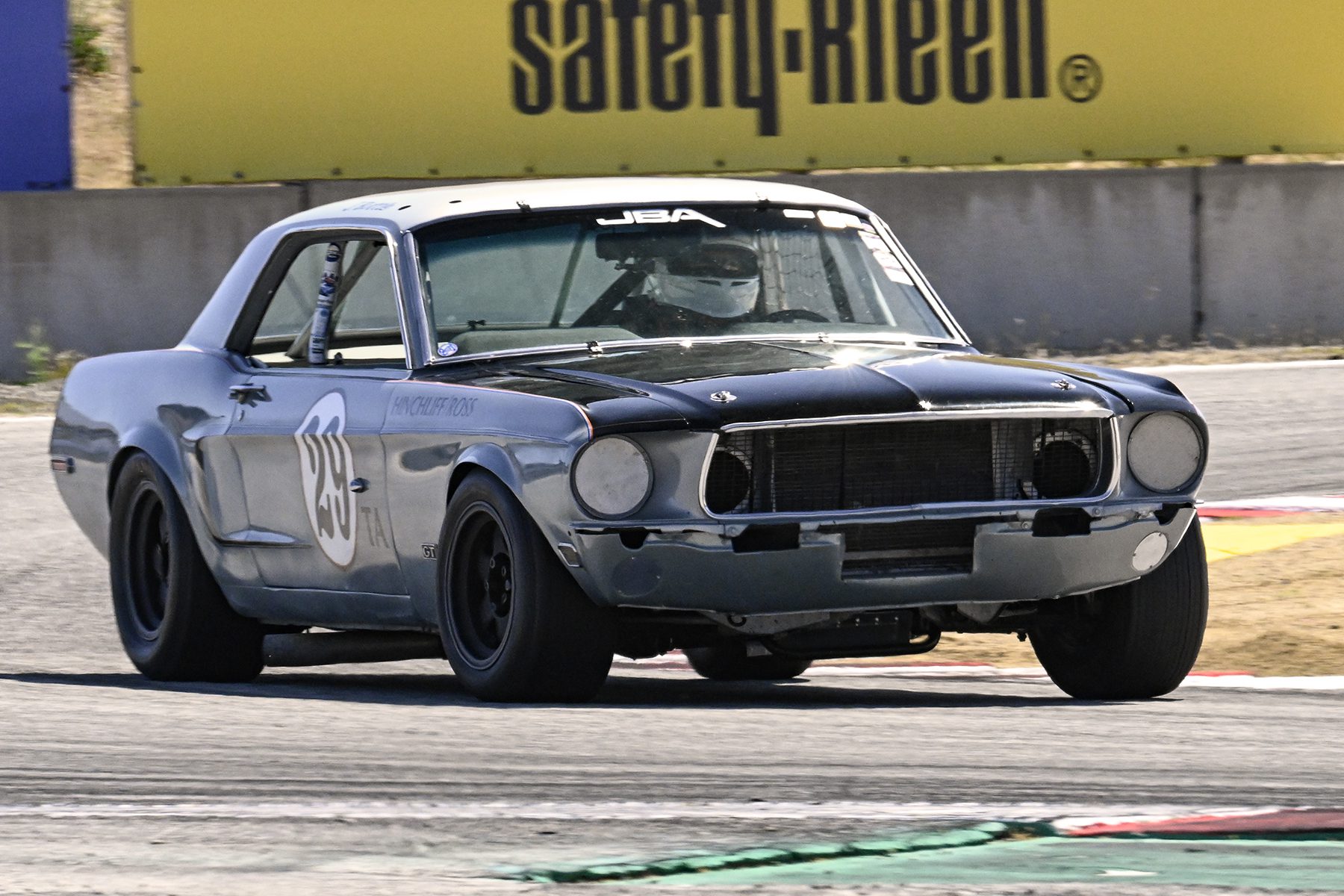 Historic Trans-Am cars from 1966 to 1972, the heyday of Trans-Am racing. Beautifully restored vehicles taken back to their original condition as they first appeared on track. Dan Gurney has said that Trans-Am “was the very best kind of road racing” Parnelli Jones said, “The Trans-Am was the greatest road racing series that has ever run over here.”

Twenty-one cars were entered; not all twenty-one made the show. Those cars that made the show Saturday and Sunday put on an exciting display of nose-to-tail racing. Each lap displayed multiple passing from the first to the last car. Spectators under the trees inside The Corkscrew were loud with their cheering. 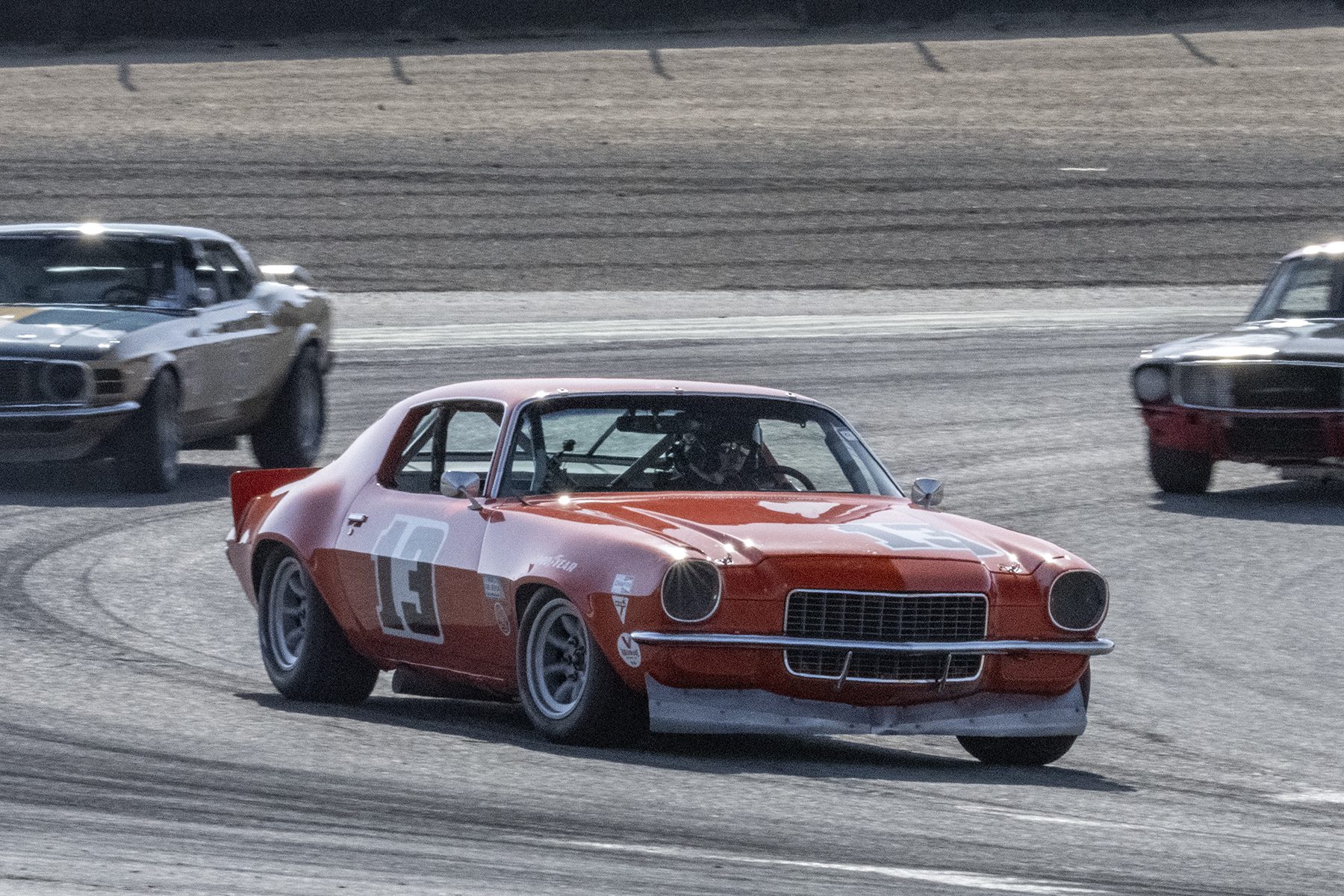 SVRA Group one consisted of small production sedans such as the Mini Minor or Turner 950S. Tight close racing with lots of passing. 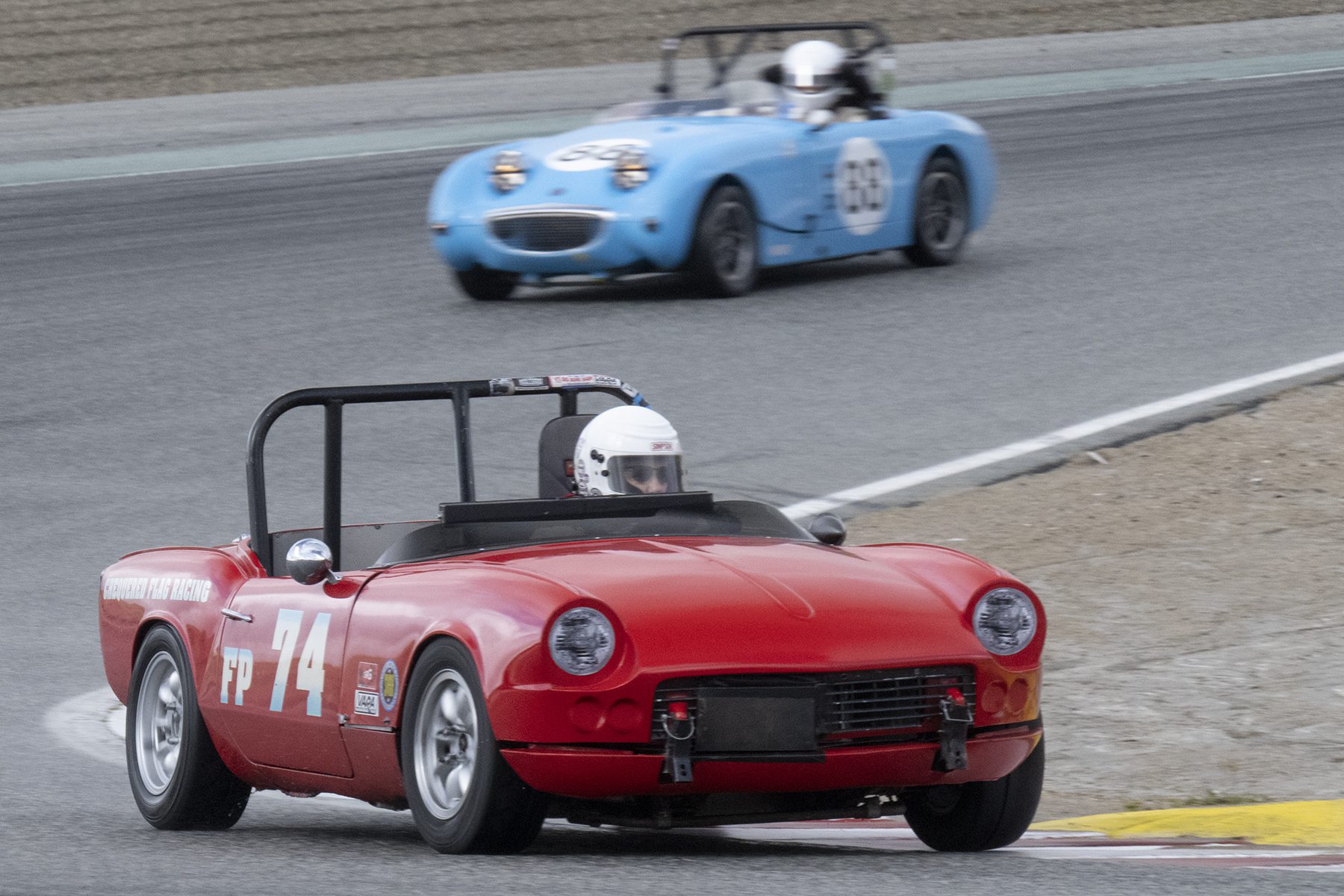 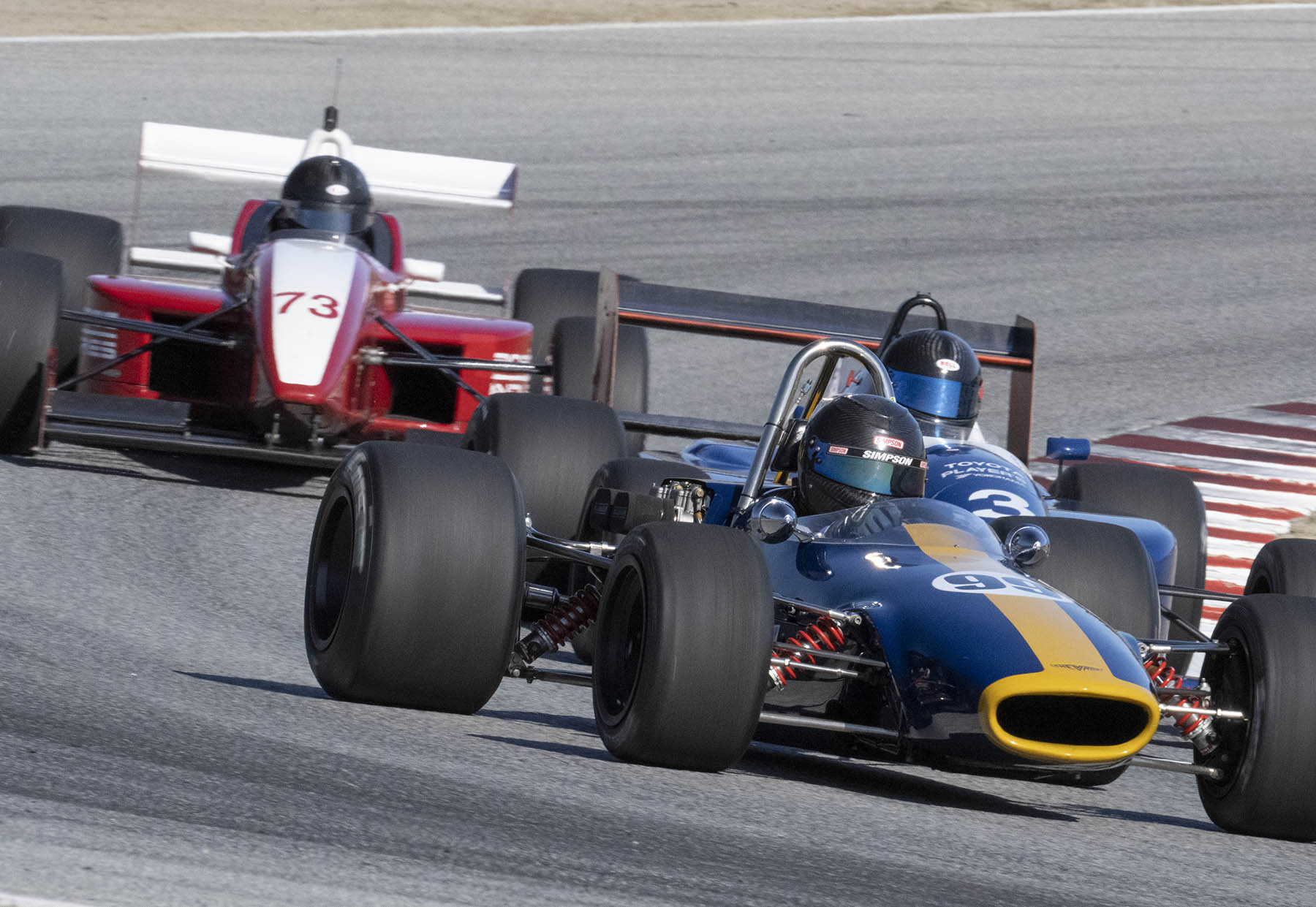 SVRA Group two consists of everyone’s favorite cars. Small-bore production cars for the fifties through seventies. Porsche 356, 914, and Morgan 4/4 plus a Datsun Roadster and Austin Healeys. Even a Triumph TR4, GT6, and an Elva Courier.

Did you miss our previous article…
https://www.mansbrand.com/bonhams-monaco-sale-at-the-monaco-grand-prix/

“The Flip”: A One-Off Vehicle For The Benefit Of STEAM Education

RACE-READY: A Falcon, Mustang and a Nova Selling With No Reserve