In the blink of an eye, 2022 has arrived—along with the first vintage race of the season. The Sportscar Vintage Racing Association (SVRA) kicked things off in sunny California with the So-Cal Speed Tour at Auto Club Speedway in Fontana, CA. Under gusty conditions caused by the local Santa Ana winds, drivers navigated the 2.8-mile “roval” course, which uses part of the oval along with an aging infield section. At the height of the Speedway’s popularity, the same course was used by the Rolex Sports Car Series for Daytona Prototype and GT classes. 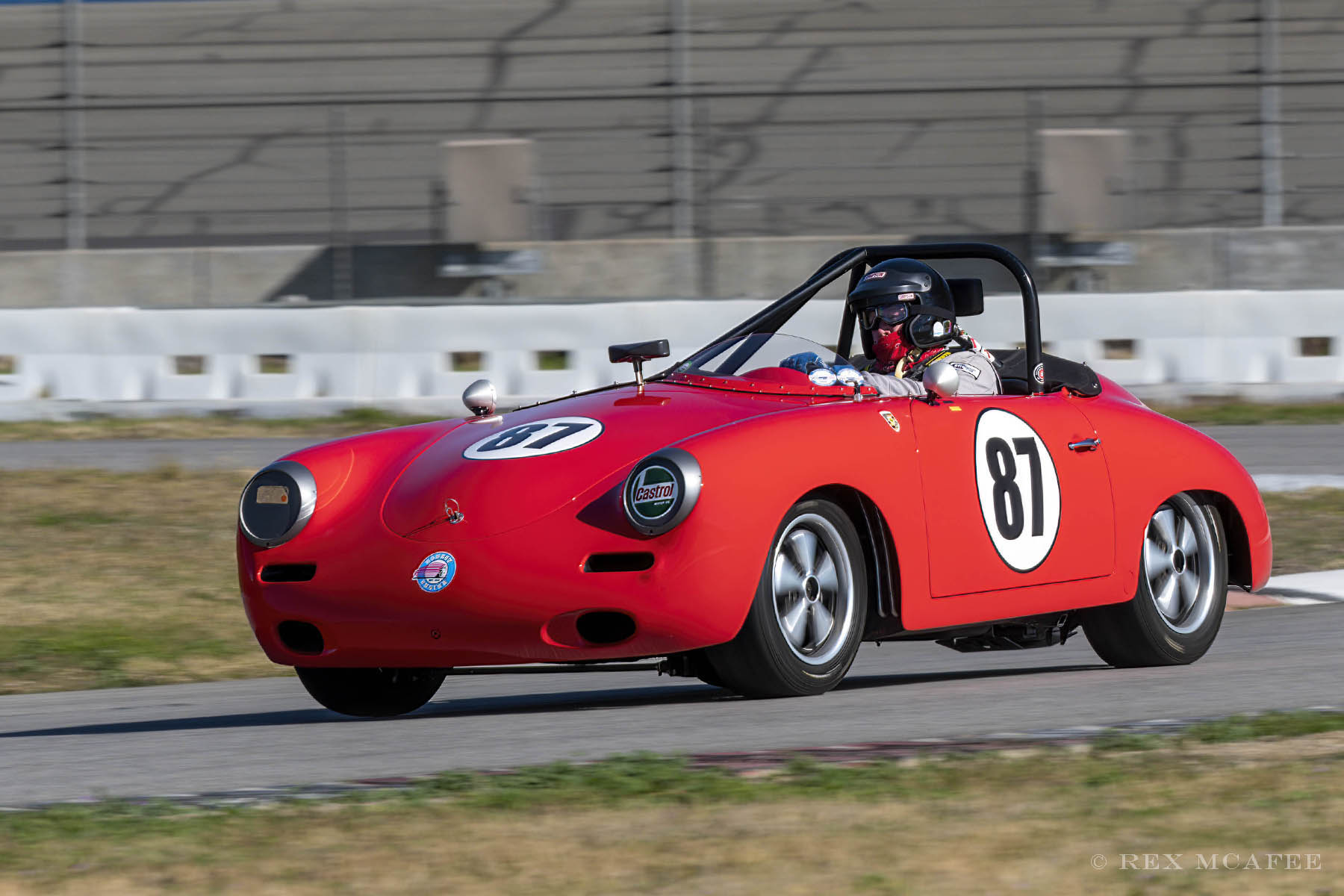 Unlike the traditional “qualify on Saturday, race on Sunday”, SVRA has found a more successful format—resulting in morning qualifying followed by an afternoon race on both Saturday and Sunday. Pam Shatraw, editor of SVRA’s Speed Tour magazine commented: “Getting to run two races per weekend is popular because it gives everyone a little more excitement, including the spectators.” 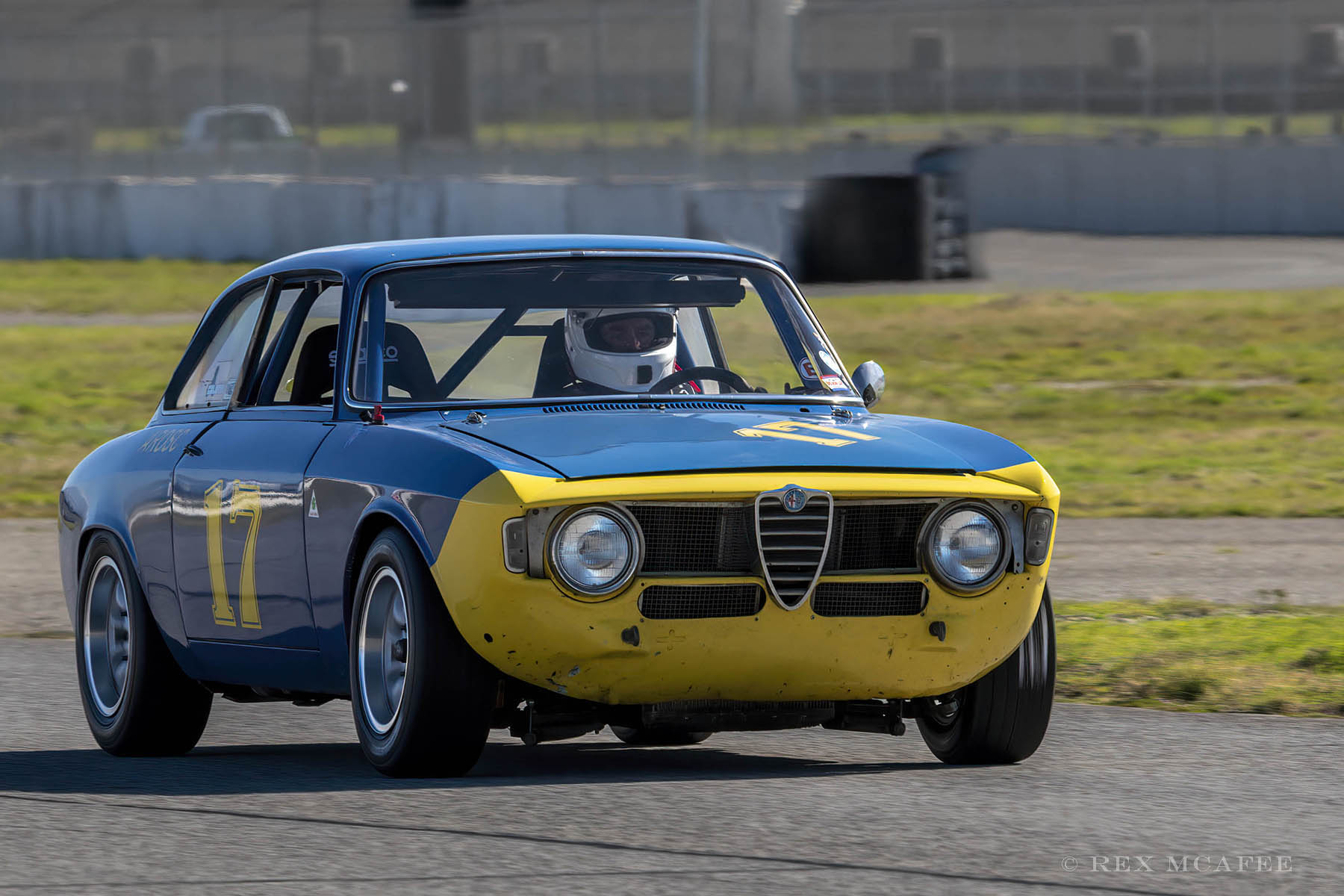 Reviewing a few highlights of the run groups will give you an idea of the weekend’s rumblings. Groups 6 and 12A combined to bring back memories of the SCCA B Production battles between American V8-powered muscle cars. Saturday’s feature race resulted in Bob Briggs finishing first behind the wheel of his 1969 Chevrolet Camaro. The Ford Mustang of J.R. Smith took second, followed by the 1963 Corvette of John Anderson. It doesn’t get much more patriotic than that! 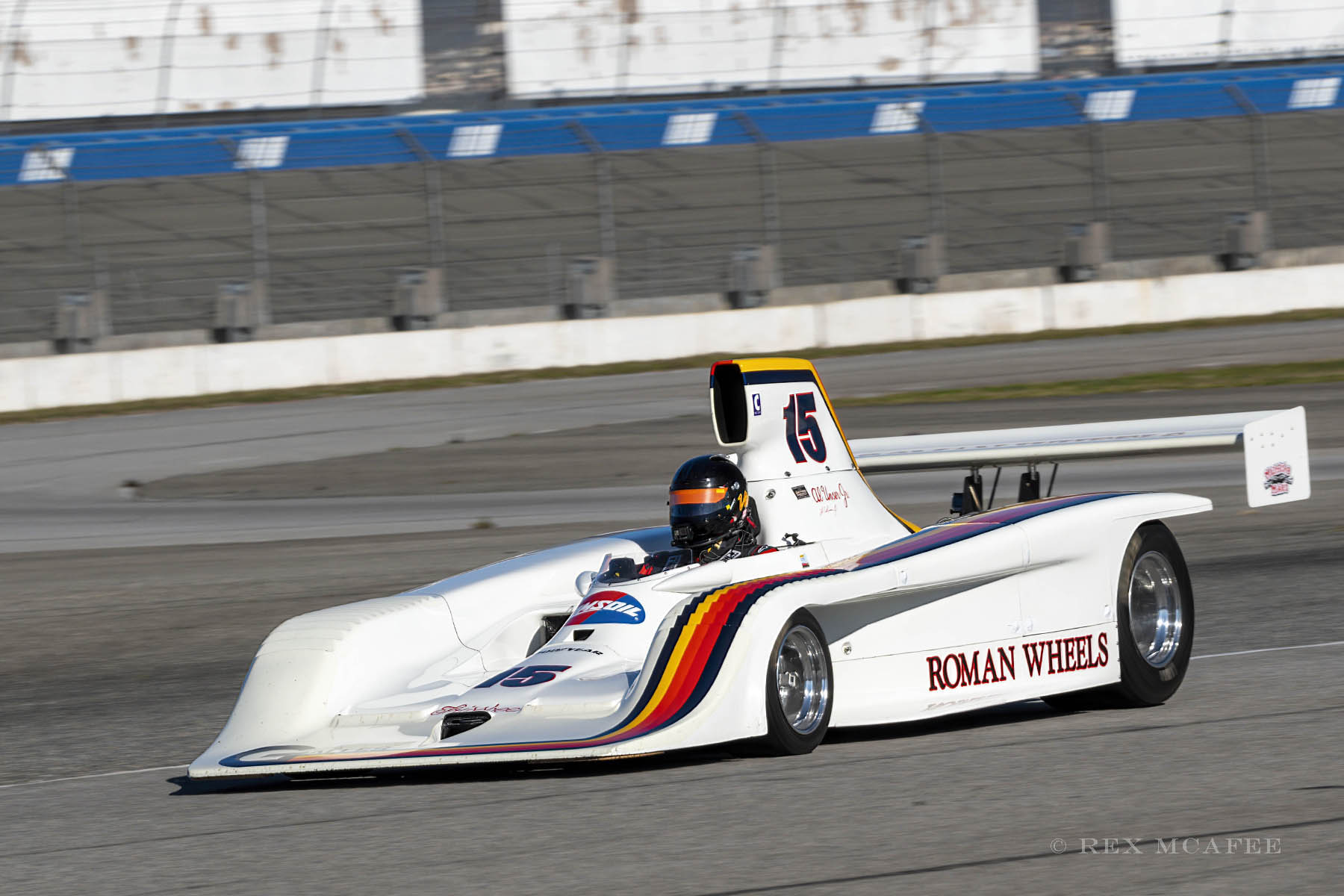 Always a pleasure to see at Auto Club Speedway, Vincent Tjelmeland makes the last turn before joining the oval in his 1982 Frisbee. PHOTO © Rex McAfee

The ”Exclusive” race group was mostly made up of modern Ligier F3 and F4 cars driven by young drivers in the Formula Pro USA racing series. Alex Kirby earned first on Sunday with a blistering 1:37 best lap time. Group 10 for big-bore GT racers saw William Taylor on top of the box in both races, piloting his 1974 Porsche 911 RSR. And talk about a sound! Memories of 1970’s IMSA races came back like it was yesterday. 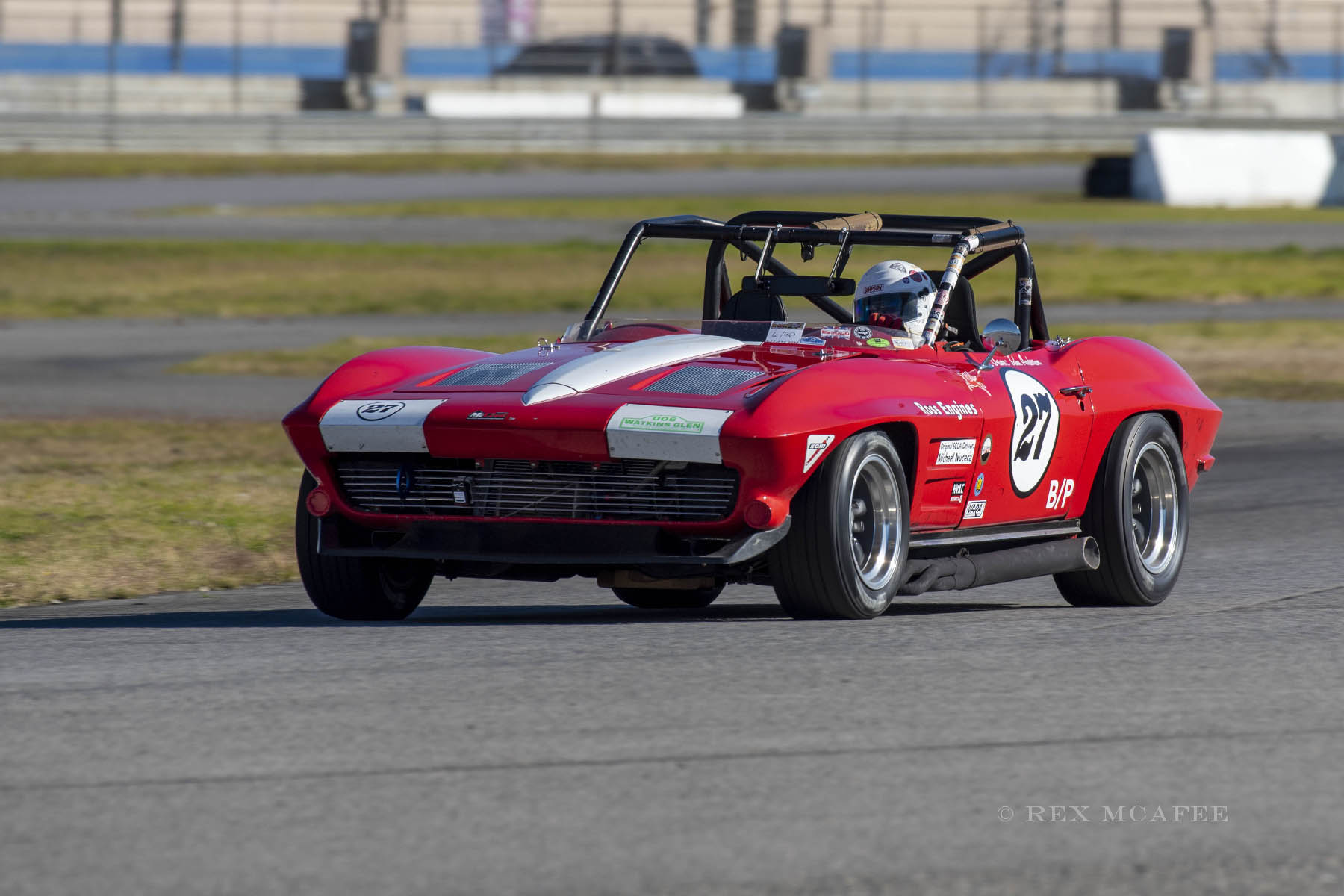 John Anderson took 3rd on both Saturday and Sunday behind the wheel of his 1963 Corvette. PHOTO © Rex McAfee