Under clear blue skies with a coastal breeze from nearby Monterey Bay, the IMSA Weathertech Sportscar Challenge visited the historic Weathertech Raceway Laguna Seca for its fourth round of the 2022 season. Scheduled in Spring for the first time since 2016, it was IMSA’s first race of 2022, run on a purpose-built road course. Team strategies that worked at the Daytona 24,Sebring 12, and recent “street fight” at Long Beach would undoubtedly need to be changed. Could the current points leaders extend their margins, or was it time to shuffle the deck on one of America’s most historic tracks? I investigate the three most popular classes to find out. 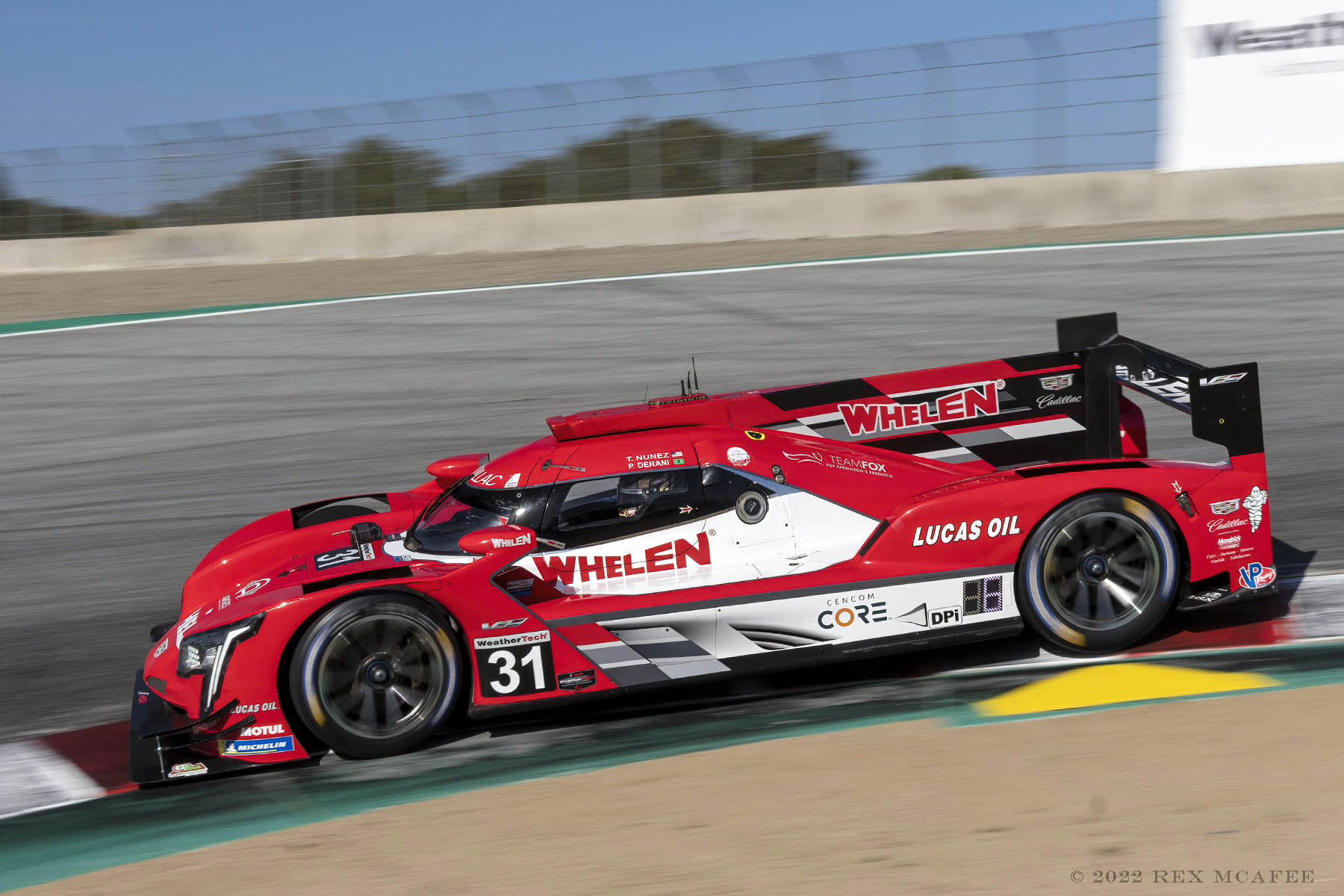 The hot-shoes upfront in DPi (Daytona Prototype International) entered the May 1st weekend with the #02 Chip Ganassi Racing Cadillac DPi-V.R, driven by Alex Lynn and Earl Bamber just 3 points ahead of the #5 JDC Miller MotorSports Cadillac piloted by Tristan Vautier and Richard Westbrook.

But hold on a second before you assume an “all Cadi” podium; Acura won this race the last three years and counting. The #10 Konica Minolta Acura (Wayne Talyor Racing), driven by Ricky Taylor and Filipe Albuquerque, is of particular interest, having won last year’s event. Was it time to make it “four in a row” for Acura? 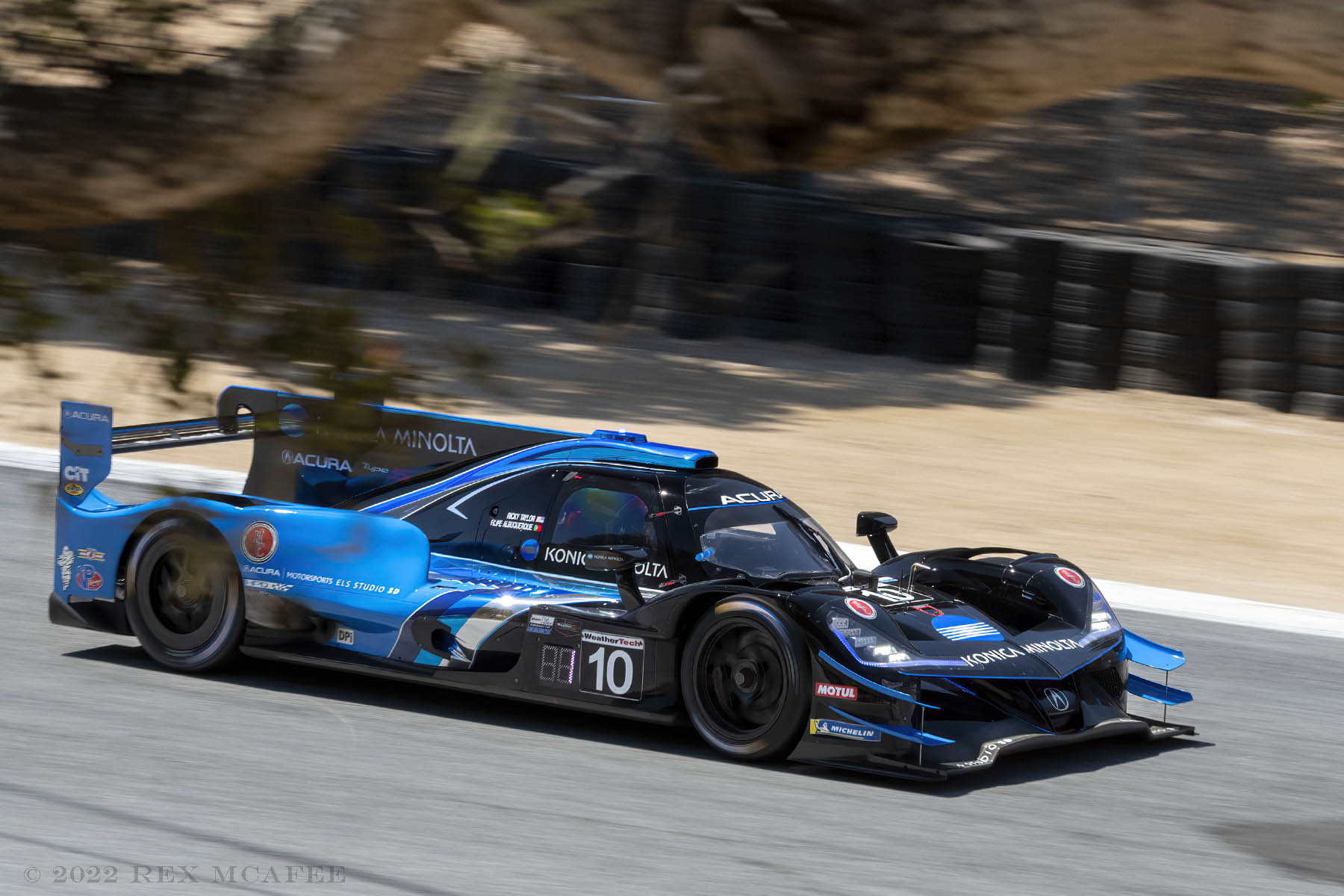 Making it four years in a row for an Acura DPi winning at Weathertech Raceway, drivers Ricky Taylor and Filipe Albuquerque started on the pole and never looked back. © 2022 Rex McAfee

Even before qualifying on Saturday, a glimpse of Sunday was revealed in Friday’s practice when Ricky Taylor unofficially broke the DPi track record with a lap time of 1:14.400 (108.290 mph) in the #10 Konica Minolta Acura ARX-05. When Saturday’s qualifying ended, he bested that with a 1:13.924, earning him pole position.

Confirming the buzz in the paddock that Acuras seem to have an advantage over the Cadillacs on this diverse 2.238-mile circuit, Oliver Jarvis filled the remaining front-row spot driving the Meyer Shank Racing W/Curb-Agajanian Acura DPi with a time of 1:14.013. Would Cadillac respond on Sunday? 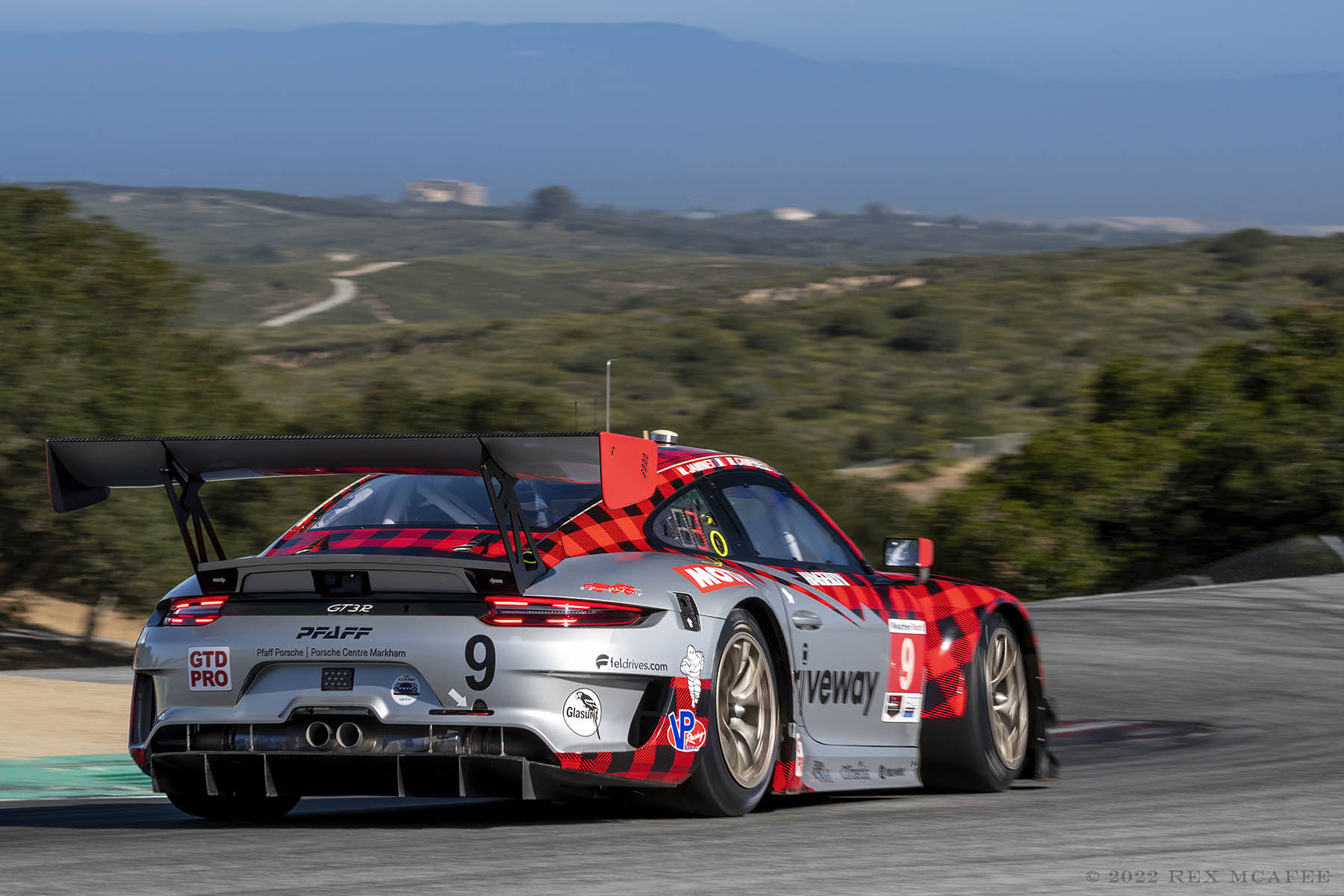 Drivers Mathieu Jaminet and Matt Campbell drove the PFAFF Porsche to a first in class at Laguna elevating them to the new points leader in GTD PRO. © 2022 Rex McAfee

When the green flag dropped on Sunday, the #10 Konica Minolta Acura ARX-05 piloted by Ricky Taylor and Filipe Albuquerque maintained the lead for 111 out of 117, leaving no doubt who owned this weekend. Second place was captured by the Acura DPi from Meyer Shank Racing, with Tom Blomqvist earning the overall fastest lap of the race.

If there was a surprise in DPi this weekend, it was when the Whelen Engineering Racing Cadillac of Pipo Derani and Tristan Nunez, which qualified last, eventually worked their way up to grab the last spot on the podium. Congratulations to Acura for making it four in a row.

Did you miss our previous article…
https://www.mansbrand.com/in-the-spotlight-the-ford-f-150-lightning-has-superpowers-only-electric-can-deliver/