Back to its traditional Spring running, the 2022 Acura Grand Prix of Long Beach brought West Coast race fans all of the excitement we’ve come to expect from this iconic street course on the Pacific. From crazy Stadium Super Trucks jumping off ramps to the clouds of smoke generated by drifters, there was plenty of entertainment to go around. Oh yeah…and then there was some world-class racing too. 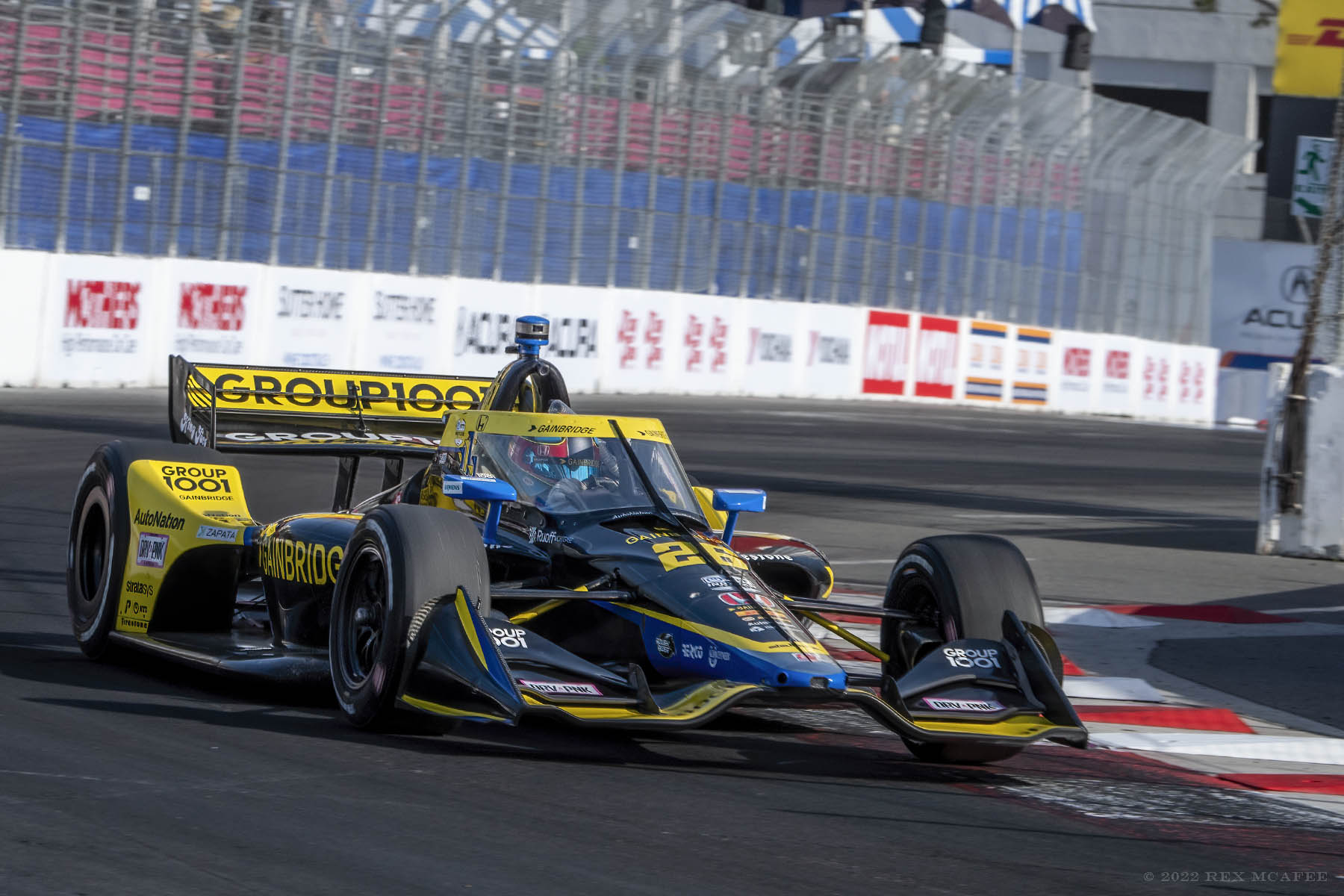 All eyes were on Colton Herta after winning the coveted pole on Saturday. He stayed in the top three for 56 laps, but then drifted wide and hit the concrete barrier exiting turn 9, ending his weekend. © 2022 Rex McAfee

A tradition at the Long Beach Grand Prix, the weekend’s top attraction was INDYCAR, America’s premier open-wheel racing class with an international driver line-up piloting 1700 lb. cars with over 600 horsepower. After the street-circuit season opener at St. Petersburg, where rookie Scott McLaughlin went from pole to checkered flag, it was time to see if the young hot-shoe from New Zealand would pull a repeat. “Not so fast,” said Colton Herta, the youngest driver to ever win an Indy event, who went on to earn the coveted pole position on Saturday.

But while Colton stayed in the top three for 56 laps, he then drifted wide and hit the concrete barrier exiting turn 9. At the time, last year’s champion, Alex Palou had just pitted relinquishing the lead with two-time champion Josef Newgarden. After a “Penske Perfect” pit stop, Newgarden exited pit lane just feet in front of Palou and danced on cold tires for the next few turns while Palou came along more than once trying to regain the lead. Newgarden pulled off an incredible display of talent until his tires warmed up, and drove it home for the checker. 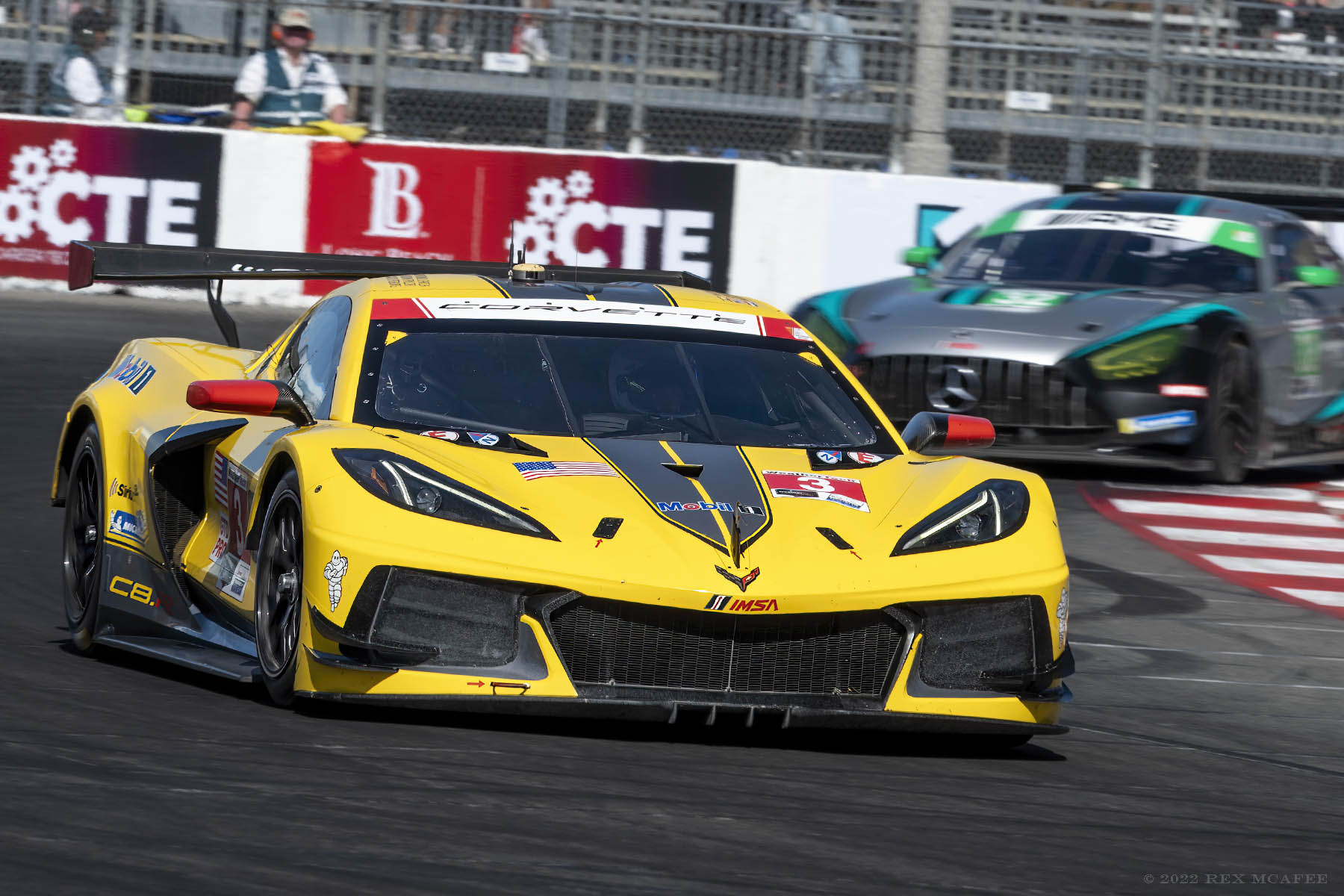 The #3 Corvette C8.R of drivers Antonio Garcia and Jordan Taylor grabbed pole for the IMSA race on Saturday but finished 3rd in class due to a drive-through penalty after a wheel nut flew out of a crewman’s gun piercing the radiator of the Pfaff Porsche 911 GT3R. © 2022 Rex McAfee

After completing the two premier endurance events of the year (Daytona 24 and Sebring 12), it was time for a complete change of pace…literally. The sprint race at Long Beach is all about qualifying, perfect pit stops, and maintaining a blistering pace for the 1-hour and 40-minute street fight. 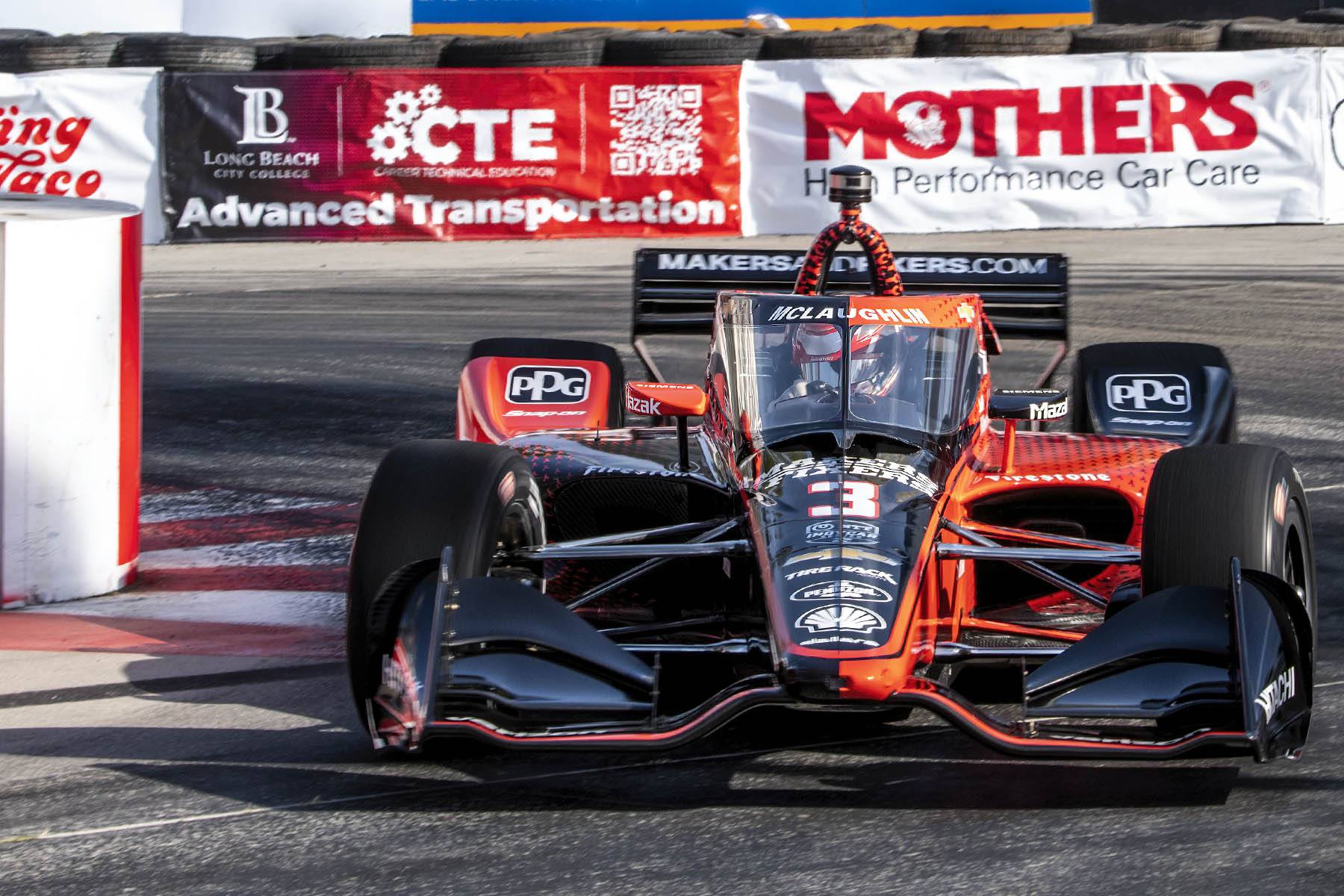 INDYCAR rookie Scott McLaughlin went from pole to checkered flag in the St. Petersburg season opener but had to settle for 9th in this year’s Long Beach race. © 2022 Rex McAfee

The Daytona Prototypes are technological wonders who ran lap times within 1 to 2 seconds of the IndyCar. The longshot of the weekend for DPI was the 01 car of team Cadillac, piloted by drivers Sebastien Bourdais and Renger van der Zande.

Did you miss our previous article…
https://www.mansbrand.com/bugatti-revealed-two-more-bespoke-sur-mesure-creations-inspired-by-light-with-photo-gallery/