Sports Car Digest has coverage on a variety of shows during the 2021 Rolex Monterey Motorsports Reunion. Don’t forget to check out our other galleries:

Starting with the “Pre-Historics” on August 7/8 to the four days of the “Rolex Monterey Motorsports Reunion” on August 12-15, race fans got to experience plenty of world-class authentic historic racing combined with paddock shows and demonstrations.

The entry starts off with cars that raced in the early 1900s through the post-war years including cars that raced at the Pebble Beach Road Races. The 60’s and 70’s were well represented as usual, and continued right up to the historic cars from the IMSA GTO and GTP days. A special treat this year was several demonstrations of Indy cars from the 60’s and 70’s. The Ford factory was present to celebrate 55 years since the company’s first step into the competitive world of Trans-Am racing.

Past Ford Champion drivers George Follmer and Parnelli Jones were the Grand Marshalls of the event. 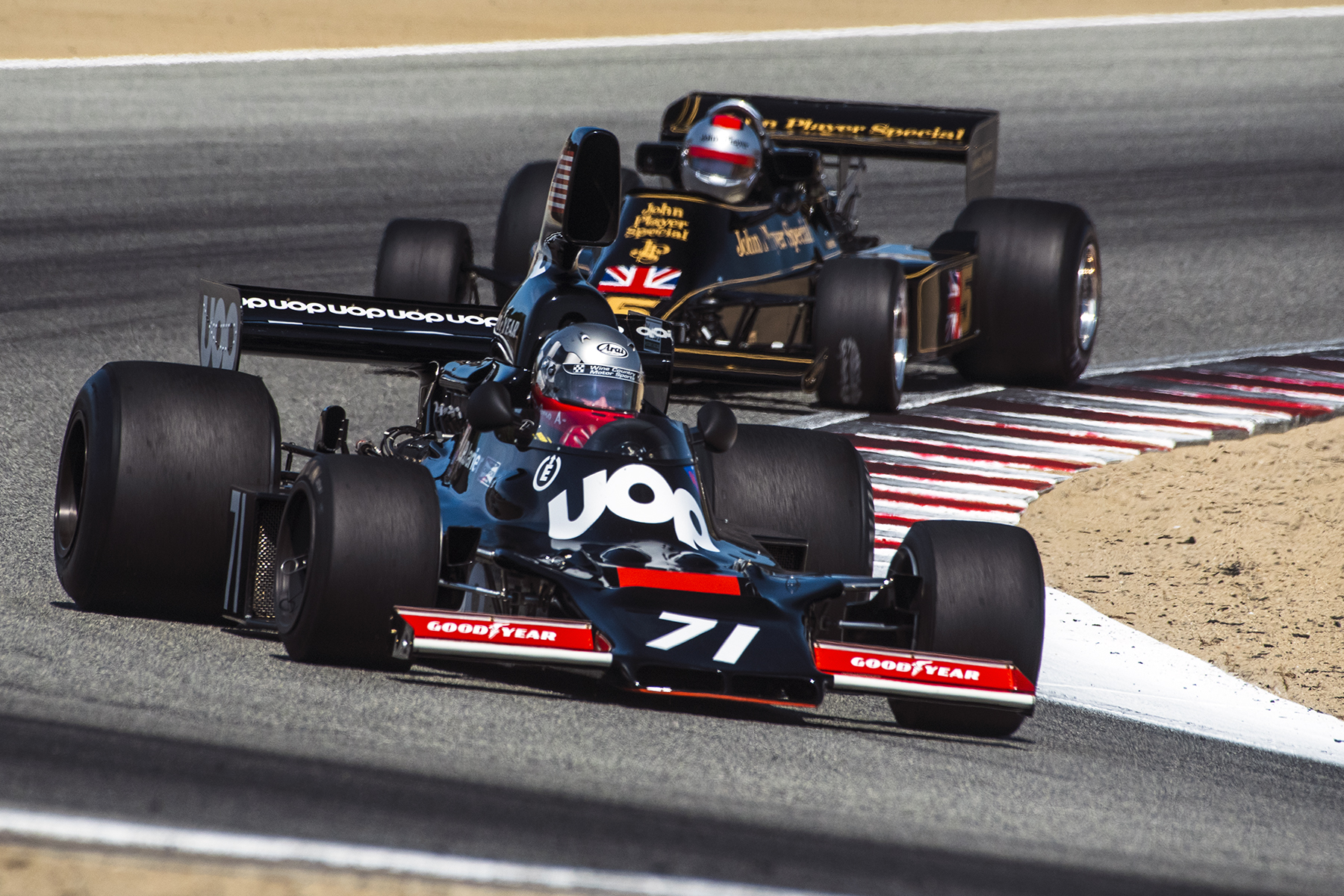 The eight groups that ran Thursday and Friday morning had their big races on Saturday. The action started with Group 1A that included 1955 to 1961 under and over 2000cc racers. This is where you find Porsche 550 Spyders, Birdcage Maseratis and “specials” such as the Pooper and Sadler cars.  Group 2A is for 1963-1968 GT over 2000cc and included a 1965 Cobra Daytona Coupe, 289 Cobras, Corvettes and Mustangs. Group 3A 1973-1981 FIA IMSA GT, GTX, AAGT, and GTU included the Porsche RSR, BMW CSL and the Chevrolet Monza. Group 4A 1947-1955 Sports Racing and GT cars included the Jaguar XK 120, Ferrari 750 Monza, and Triumph TR-2.  Group 5A is historic Formula One from 1966 to 1985. Lotus, Williams, and Ferrari were among the F1 marques in this group. Group 6A was the ever-popular 1966-1972 Trans-Am group including Mustangs, Camaros, even a Pontiac Tempest GTO. Group 7A finished off the Saturday races with the exhibition of 1963 to 1978 Indy Cars. 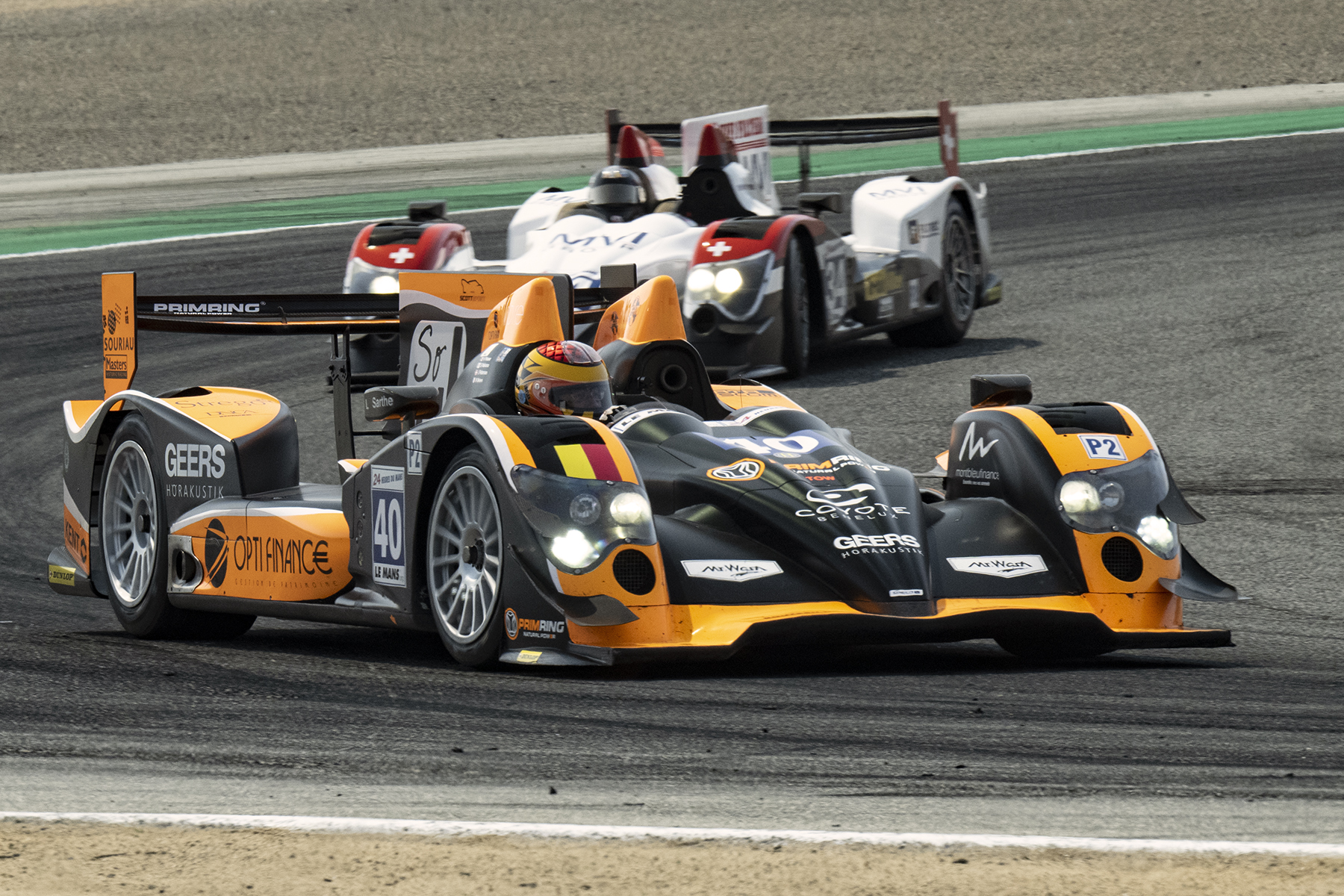 The six “B Groups” that ran Thursday and Friday afternoons and finished with racing on Sunday included Group 1B 1955 to 1964 GT. Here you would find 356 Porsches, MGB roadsters, Morgans, TR-3s and even an SWB Ferrari. Group 2B 1961-1966 GT under 2500cc included an Alfa Romeo TZ, Lotus 26R, and Elva Courier. Group 3B was composed of 1920-1951 Racing Cars. A 1939 Lagonda V12 or a 1934 ERA gives you an idea of Group 3B.  Group 4B was made up of the Rag Time Pre World War I Racers that go “put put” around the track. Group 5B was the FIA Manufacturers Championship. Ginetta G16, Bobbsy SR2 or Ford GT40 are among the many cars making up this group. Sunday’s races finished with Group 6B Masters Endurance Legends race cars. This group has a rich variety of newer historic endurance race cars that are typical of 8, 12 and 24 hour racing.

SOLD FOR A GOOD CAUSE: For Nonprofit Organizations, Barrett-Jackson’s Charity Auctions Are Events to Remember